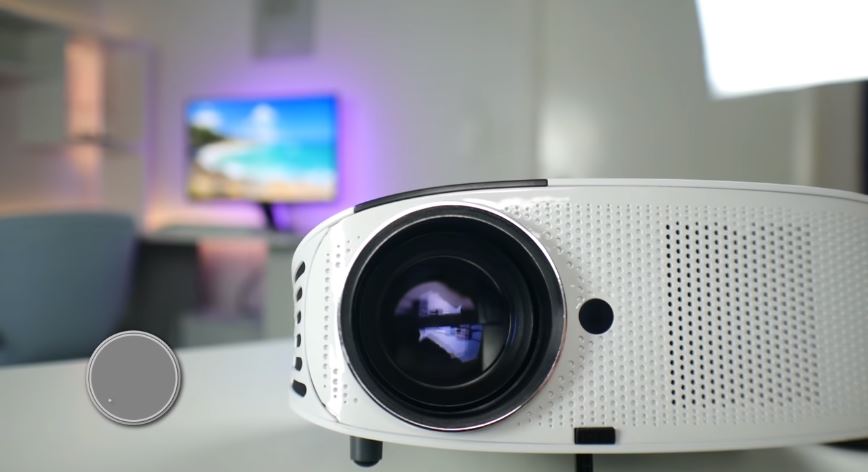 Let’s take a look at how to make projector quieter

If you are reading this, chances are; that you are fed up of your noisy projector making noise while you are using it.

The said noise being emitted from these projectors is distracting when movies are being watched or when a meeting is taking place, during a presentation, it can drown out the presenters’ voice, which will cut down the presentation effectiveness.

This is not to say that we can totally cut off the noise coming from the projector.

For these kinds of projectors, we can reduce noise, but we can’t totally kill it.

This is why it is always best to check the noise rating before we buy a projector.

Here are some tips which could make your projector quieter.

Lowering it from 60 to 40 hertz could slightly reduce projector noise.

A computer’s refresh rate is simply how much it blinks in a minute, the higher the refresh rate, the harder the projector has to work which increases the noise coming out of it.

Clear the vent from dust

By clearing the dust on the side of the projector, it can greatly reduce noise when the fan turns off.

Carpet on the wall

Hard wall reflects sound, fabrics absorbs sound, to ensure that sound is not reflected or thrown around, staple carpet on the wall so that sound is absorbed by the carpet.

This however can be impossible for some places, such as conference rooms and offices.

Build a hush box for your projector.

A hush box, is a wooden box that a projector can be enclosed in, sound is trapped inside the hush box and will not leave the enclosure.

Investing in one or spending a weekend in your workshop could immensely help with the noise.

Eco mode should significantly reduce noise level of your projector.

Switch to eco mode if you need a quieter operation of your projector.

In eco mode, the projector will not be as bright as compared to when it’s running normally.

It is less bright, thus; resulting from the slowing down of the projector engine which in turn, keeps the projector from getting hot.

Check your manual on how to switch to Eco mode.

As most of the noise comes from the projector fan, which is a direct result of it having to work harder to keep the projector cool, this can be achieved by keeping the room cool in the first place.

By having the air-conditioning or fan running to keep the air circulating and having air from outside continuously replace the stale air inside, can cool the room.

A cool room will keep the fan from unnecessarily running, making a lot of noise.

Place a cooling pad under the projector

Move the projector away

As we have discussed above, there are a few ways in which we can keep the projector cool, by turning on the aircon or fan, using a cooling pad and clearing the vent.

If the projector is still noisy, you can consider building a hush box to suppress the noise coming out of it.

Lowering the computers refresh rate could reduce the pressure on the projector.

If all that has little effect on the projector, try to simply shift the projector away from you when it is running, simple solution yet effective.

Use all those tips for maximum effectiveness.